Pick of the Herd

Each year Rausch Herefords offers the pick of any Female in the herd as a lot in the Denver Sale. The pick is done as a two day pasture tour in August or September with all inherd data provided. The first calf from all of the picks of the herd so far have averaged over $12,500 when sold.

Thanks to Bent Creek Farm, OH, for purchasing the 2010 pick of the herd in the Denver Sale. 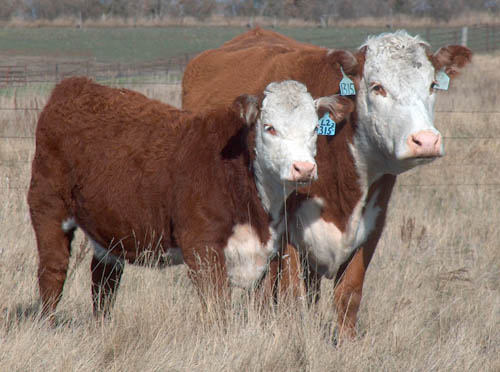 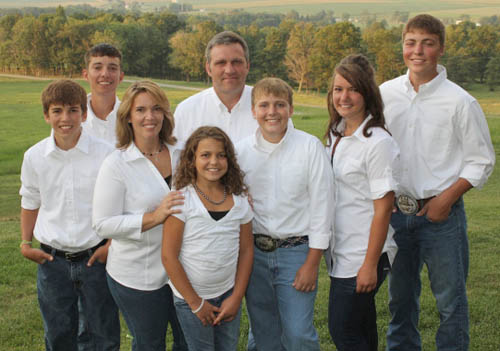 Thanks to Deana Jak Farms for purchasing the 2009 Pick of the Herd in the Denver Sale. 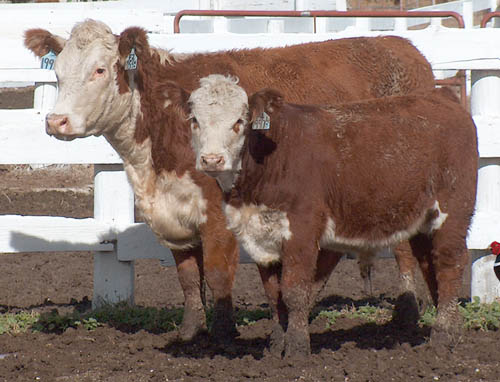 She is a member of the first crop of Revolution daughters. We sold her first son R Puckster III 4849 to Select Sires. 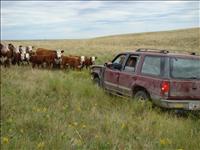 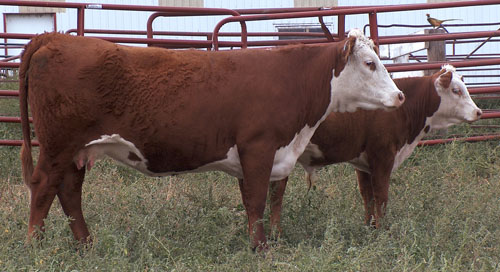 Last January at the Mile High Sale during the National Western Stock Show at Denver, Deana Jak Farms, Inc. of Wagontown, PA was the high bidder for the right to select any female from the Rausch Herefords herd at Hoven, South Dakota.

Austin and Andre Howe, sons of Doug and Jenny Howe, and herdsman Cody Helms went through the Rausch herd with Vern, Jerry and Harlan Rausch to select their female choice of the herd recently.

The Rausches recommended the selection process to be done in August or September so the buyer can see the sire, dam, calf and the sire the dam was exposed to all at the same time in their natural environment. 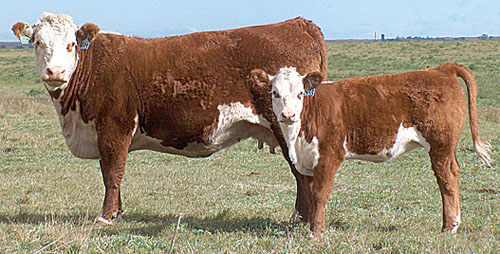 J.J. Detweiler Land & Cattle Co., Salesville, Ohio, the successful bidder of pick of the Rausch Hereford female herd in the 2007 Denver Stock Show Hereford Sale. In August, herdsman Aaron Glascock spent two days going through each breeding pasture. Equipped with the herds’ HerdMaster performance reports he was able to see each cow with her calf at side and the sire to which she was currently bred. At the conclusion of his tour, Aaron had approximately 70 candidates noted. He then reviewed his notes and quickly narrowed his selection to 6 or 7 head.

Aaron returned in September to make his final selection. Jerry Rausch, the main tour guide of the 1,200 head plus Hereford females, said it was an honor to take such a knowledgeable gentleman as Aaron through the breeding pastures.

The final pick was HR Miss Ozzie 455 a daughter of HR Oswald 137L. She is a three year old with her second calf and well on her way to becoming a Dam of Distinction cow in the Hereford breed. She is currently bred to R Wrangler 2414. Her mother and grandmother are also Dams of Distinction.

“I was very impressed with the depth of quality in the Rausch program. It was an awesome experience to sort through that many good Hereford cows,” said Glascock.